"Do you want to know more?"

My new 15mm Starship Troopers project is coming along fairly well, so I thought it was time I posted something...

First up, the handful of warrior bugs that I have completed so far: 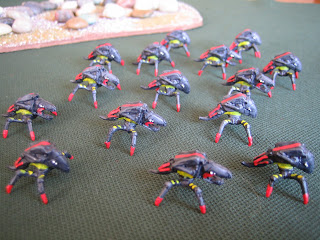 They are from Khurasan's range, but I am trying to paint them black/red/yellow like the ones from the movie. The light has made them look a bit greyer than they are in real life.

For the humans I have completed two Light Armour Squads and some Power Armour figures (all GZG): 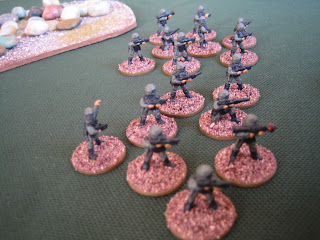 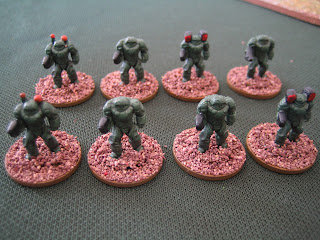 I have several more bugs to complete as well as a few more squads of humans. As I was trying out the rules again today, I thought I'd present a little walk-through of a simple turn to show how the game plays. 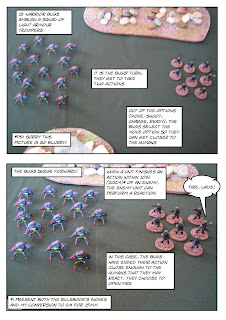 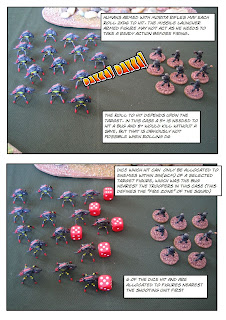 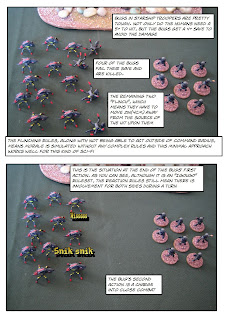 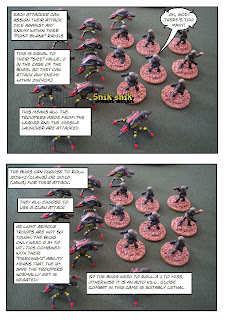 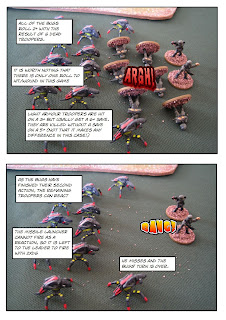 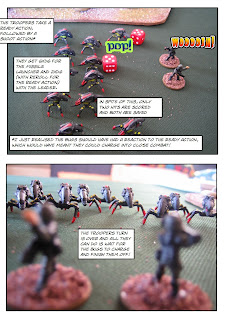 This example only displays the simplest parts of the game. You can have multi-hit units, air-support, tunnelling, bug holes and much more with these rules. I am impressed by the way in which they are familiar yet at the same time have a lot of differences which add up to a fresh experience. I look forward to building my collection of figures and playing more games.