For some time now I've wanted to do a bit of a 'step-by-step' guide about how to create a section (i.e. force) for use in Flintloque. With actual gaming opportunities currently limited, I thought that now would be an ideal time!

The Flintloque game is currently divided across three core books (each of which contain the rules but are focused on a different theatre of the war) and Grapeshotte, an expansion which covers artillery and other special rules. For this example, I will use the War in Catalucia book, which covers what is roughly analogous to the Peninsular War in the Napoleonic period. This setting includes the Ferach Elves, Orcs of Albion,   Goblins of Al-Garvy, Joccian Ratmen and much more besides.

There is a one page summary of how to assemble your section in the book, so I will largely follow this through so you have an idea what to expect. 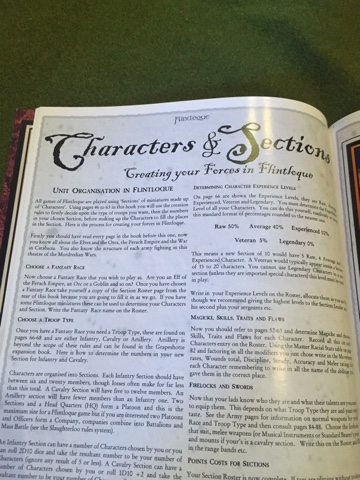 Theatre of war and relevant rule book decided upon, the next step is to choose which army I want my section to come from. I always enjoyed the 'standard' Orcs vs Elves idea ever since I saw the cover of the first edition of Flintloque and, as I quite enjoy being the 'baddies' I'm going to decide on the Elves. Now, where other skirmish games might have picking a faction as the main decision, in Flintloque this is very much only the beginning I can now choose from a vast range of Napoleonic-style  troop types. If it existed in history, it has an equivalent here.

For this example, I'm going to imagine I have recently bought the Shilling Service Pack for War in Catalucia, which comes with Elf and Joccian figures. The elves you get are Chassuers of the Garde (and one mounted figure which I will not include in the example). Let's imagine that I had done my research and added in another pack of Chassuers with my order. That would give me a total of 8 Elves plus a leader for the section.

Each type of troop brings inherent advantages and disadvantages with it. As the Chassuers are Light troops I get a bonus to my initiative and accuracy and another bonus if I attempt to coordinate actions.  Looking up the Ferach on the National Characteristics table, I find I get an additional bonus when shooting for fielding elves. Light Elf Sections are excellent at picking off the enemy from a distance!

There are 5 experience levels to choose from for your characters and they have an impact on a figure's basic abilities and morale. The rules give different options, including just choosing yourself and picking at random, but I think I will go for the suggested method of having a fixed percentage of each in my new Section. For a section of 9 figures, that gives me 4 Raw, 4 Average and 1 Experienced character. I decide to give the leader the Experienced rating and have the other soldiers as a mix of Raw and Average.

The rules come with a gernerous amount of Skills, Traits and Flaws with which to customise your section. Of course, you are free to ignore these if you want, but they add a great deal of flavour. They are divided into generic ones, which any figure can have, and Race specific ones, giving each nation access to abilities no other has.

Skills can be gained by characters when they gain experience during a campaign. Raw characters may not have any to start with, Average and Experienced characters may have one. I'm going to give my Section Leader Improved Command, which gives him an additional command point to use during a game, and opt to have one of my Average elves Improved Discipline. I think he is a trusted friend of the Leader and will rarely flee from battle.

Unlike Skills, Traits cannot be changed during a game and every starting character can have up to two. I'm going to make one of my soldiers a bit of an eagle-eyed sniper and give him the Good Shot Trait, yet another shooting bonus for this elf! Another can be a religious fellow and have the Prayer Trait, which may give the Leader an additional Command Point if the elevn deity hears the prayers at the start of the game. As I don't want my other Average elf to be left out, he can have the Steady Elf Hand Trait, allowable only to Ferach Elves and giving him a reduced penalty to shooting when moving quickly.

Flaws work the same as Traits, but obviously they are negative! To add a bit of character, I'm going to give one of my Raw soldiers the Coward Flaw and another can be Forgetful, meaning he has to roll a die to see if he can activate if more than 15cm away from the Section Leader!

The final choice to make is what armaments my Elves carry into battle. To keep things simple, I decide that all of them are carrying a standard Ferach Elf Musket with the exception of the Leader, who can have a Ferach Duelling Pistol and a Sword.

Now, Flintloque is a game for gentlemen and ladies and doesn't inherently enforce a points system, but it is often a good idea to know how balanced the forces are (even though most players know any given scenario can throw this balance to the wind!).

I can see from the charts that Raw Elves are worth 15, Average ones are 21 and Experienced cost 29. As they are all Light troops, my Elves add 3 to each of these basic values. All the Skills, Traits and Flaws have points associated with them, as do the various weapons. Totting everything up I get: 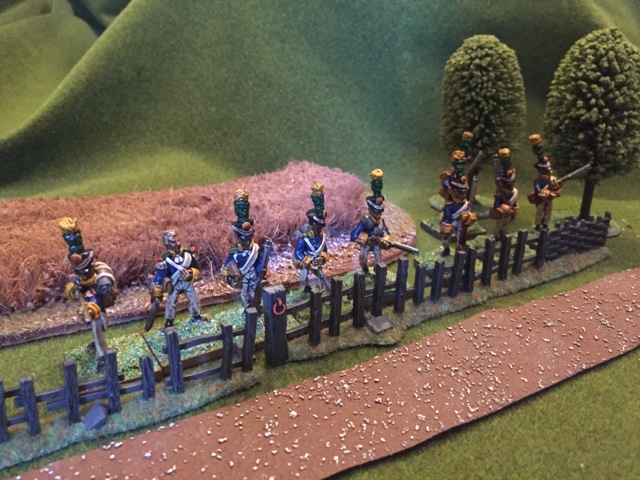 So my section comes to a total of  257 points. Many Flintloque games allow for 300 points for a starting sections, so I came prety close. Actually, although it is not strictly by the book, I could add in that cavalry trooper that I mentioned came in the starter set.

I'll call him Experienced (29pts) and he has the Cavalry type (+3pts). He is armed with a sword (+5pts) and his mount costs 15pts. This gives a total of 52, bringing my section up to a healthy 309 points in total. Great! Now all I need to do is write up the details on a roster sheet and my Section is good to go. 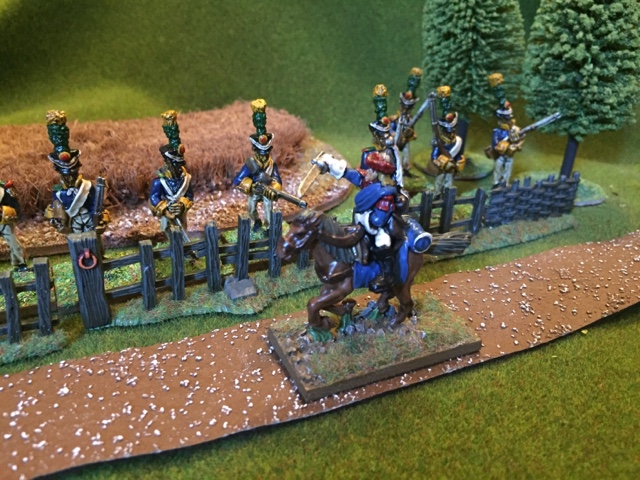 As you can hopefully see, creating a Section in Flintloque is detailed but not too arduous. In even adding just one skill, trait or flaw to a character the rules help to bring them alive and I do start to wonder how they will work as a team in battle. In fact I might have to try them out and report back on how they perform! Time to hunt some orcs!

[Note: I'd written up this post only to find that I hadn't painted enough of the appropriate figures, so I had to substitute some other light elves for the purposes of the pictures. Below is the contents of the War in Catalucia starter set all painted up. Sorry for the poor pictures, I haven't got the lighting in the new room sorted out yet...]

You can read more about the starter sets and other items available at: http://www.alternative-armies.com/collections/flintloque-game-system. All books in the range are available as print copies and PDFs. 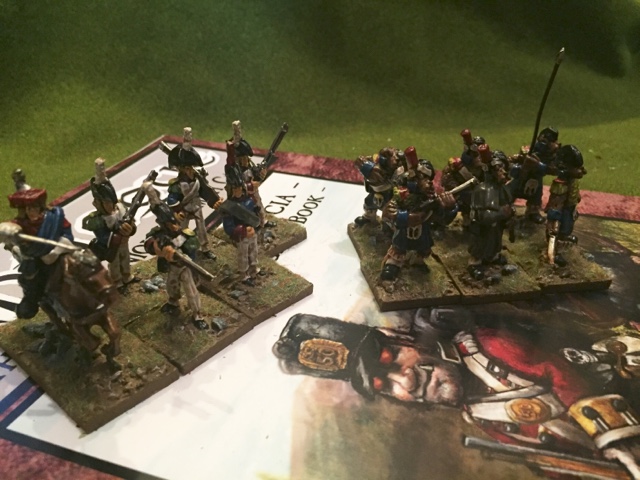