The Wargamer Show was held today and I'm pleased to report it was jolly good fun. I didn't manage to make it last year, although I did the year before, and this was the first year at a new venue, which made it much more convenient for me to attend. Hurrah!

I was going to ride over, but I'm a bit groggy with cold at the moment and didn't fancy keeping an eye out for icy patches on 6mph country roads on my motorbike, so opted for the car instead. I only mention this as I arrived at about 11 and was pleasantly surprised by the amount of parking available. The venue itself was large enough to accommodate a show the size of The Wargamer Show and also had a canteen area available, although I didn't sample the food on this occasion.

There were a good selection of games put on by local clubs and plenty of traders. I had to seriously resist starting a few new projects! People were friendly, but I didn't feel well enough to engage too much with them. I was probably a proper grumpy sod!

Alas, I didn't feel up to taking pictures like the last time I attended, but I decided to take a few snaps of my haul, which I was very happy with! 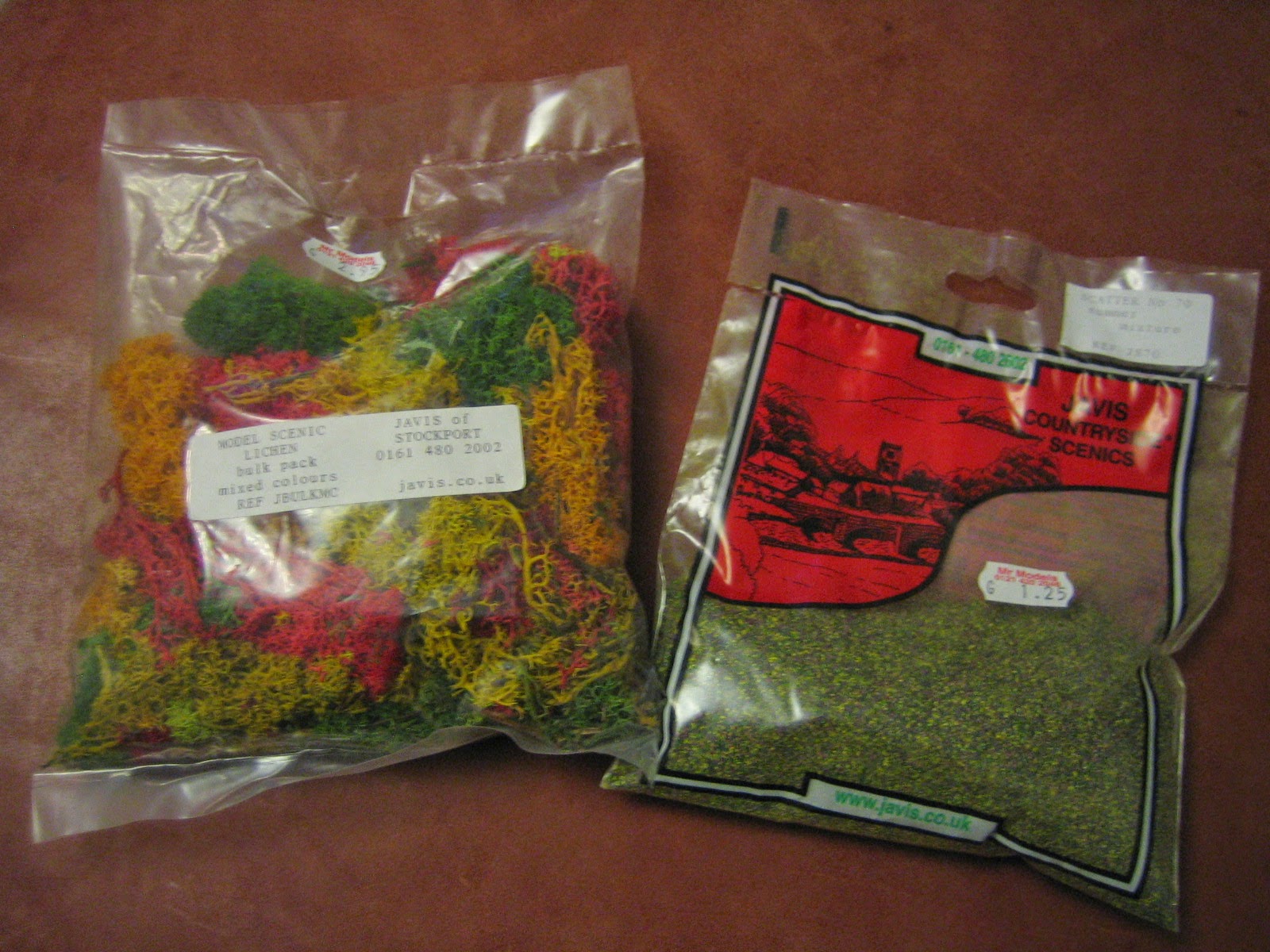 I always find I don't have enough lichen for my table, so I picked up a bag of this, along with some flock as I am running dangerously low. 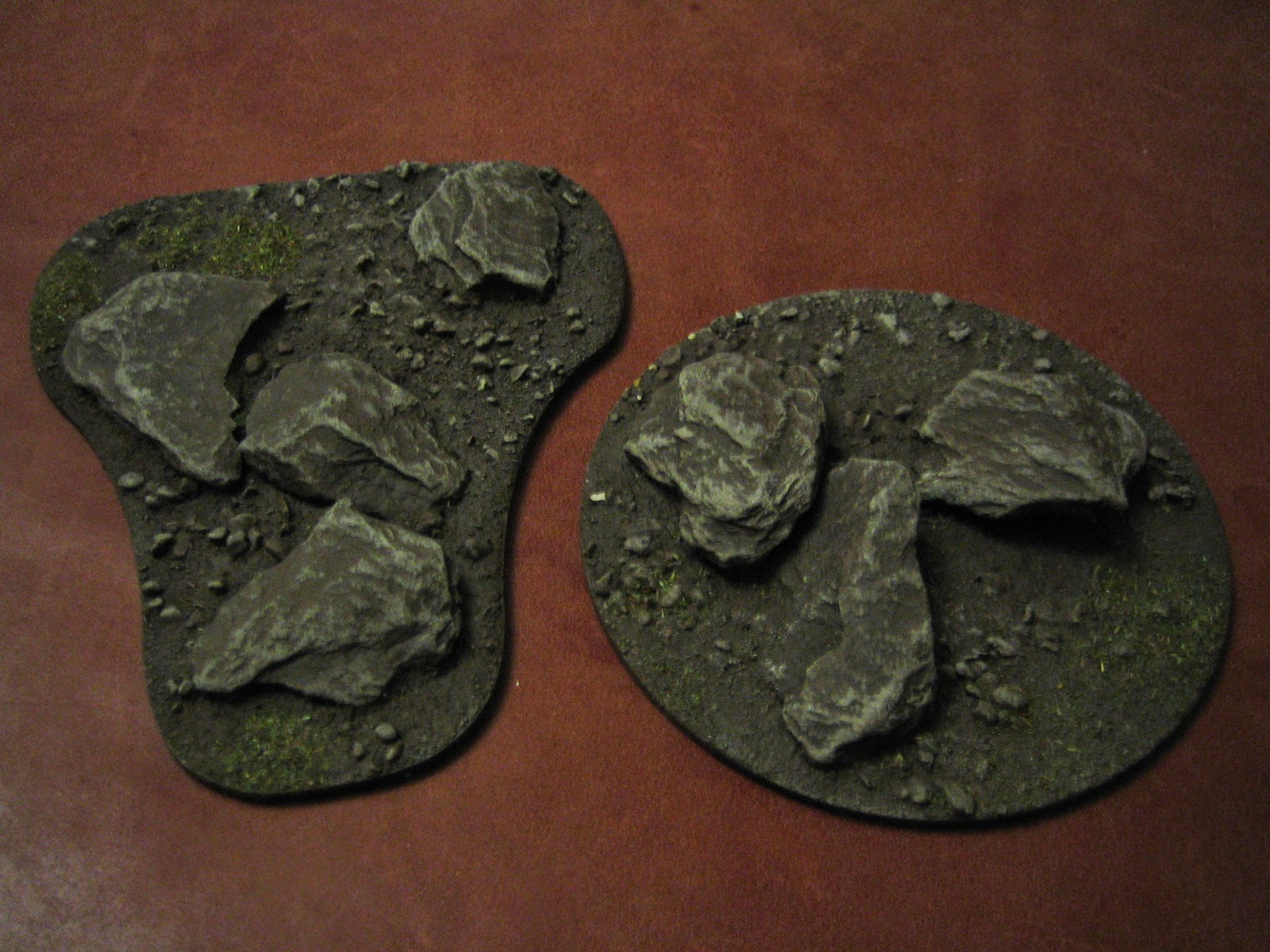 The always excellent Products for Wargamers were present and I had to seriously resist filling my bag up with goodies. But as I enjoy supporting them, I did at least manage to buy a couple of patches of rocky ground. Suitable for most of my projects and therefore an entirely justifiable purchase! 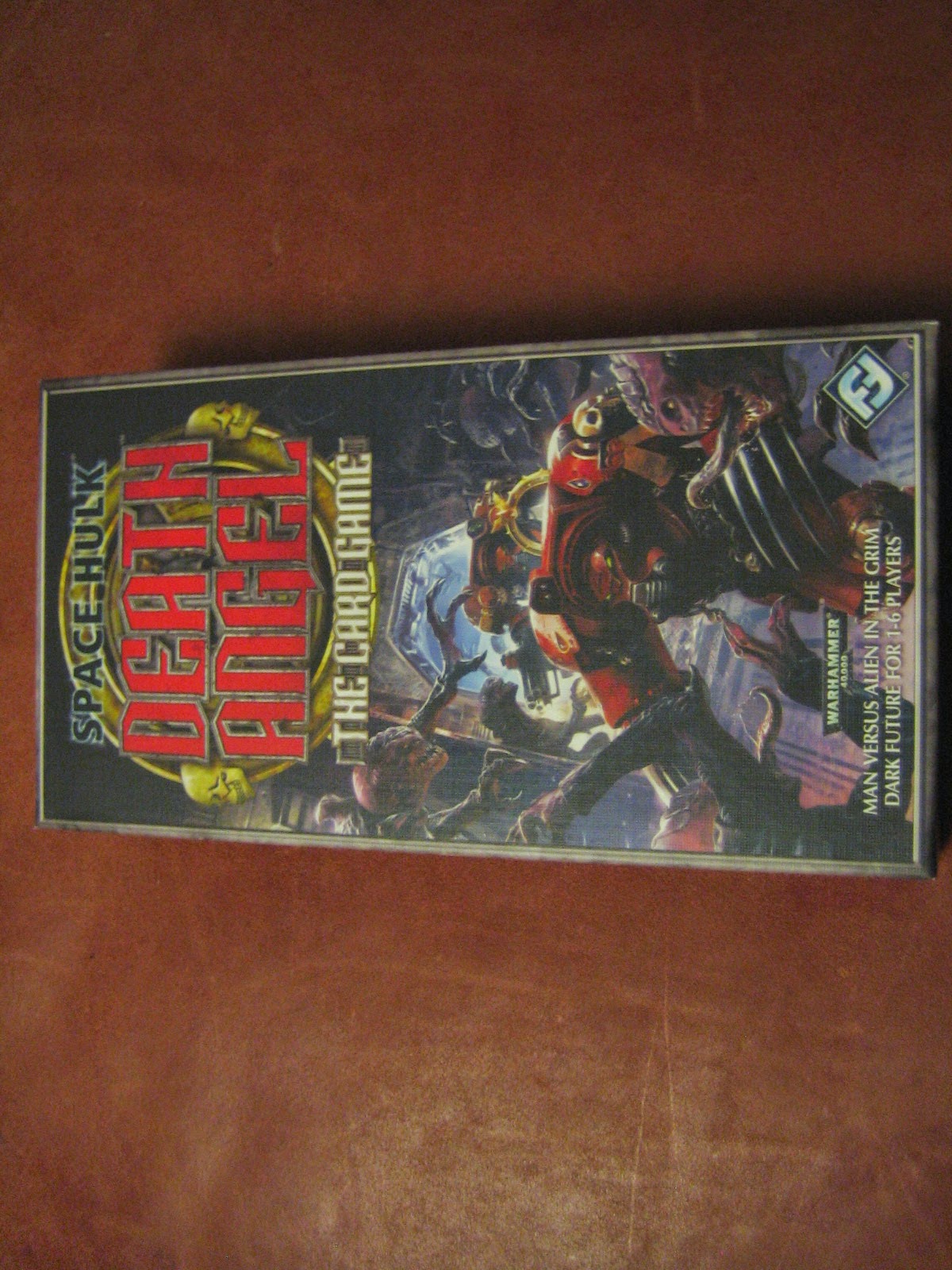 One of the traders, Magic Geek, I think, had a small selection of boardgames for sale, so I took the opportunity to add a little game to my collection. I've wanted the Space Hulk cardgame for a while now, so clearly it was fate that brought us together today! 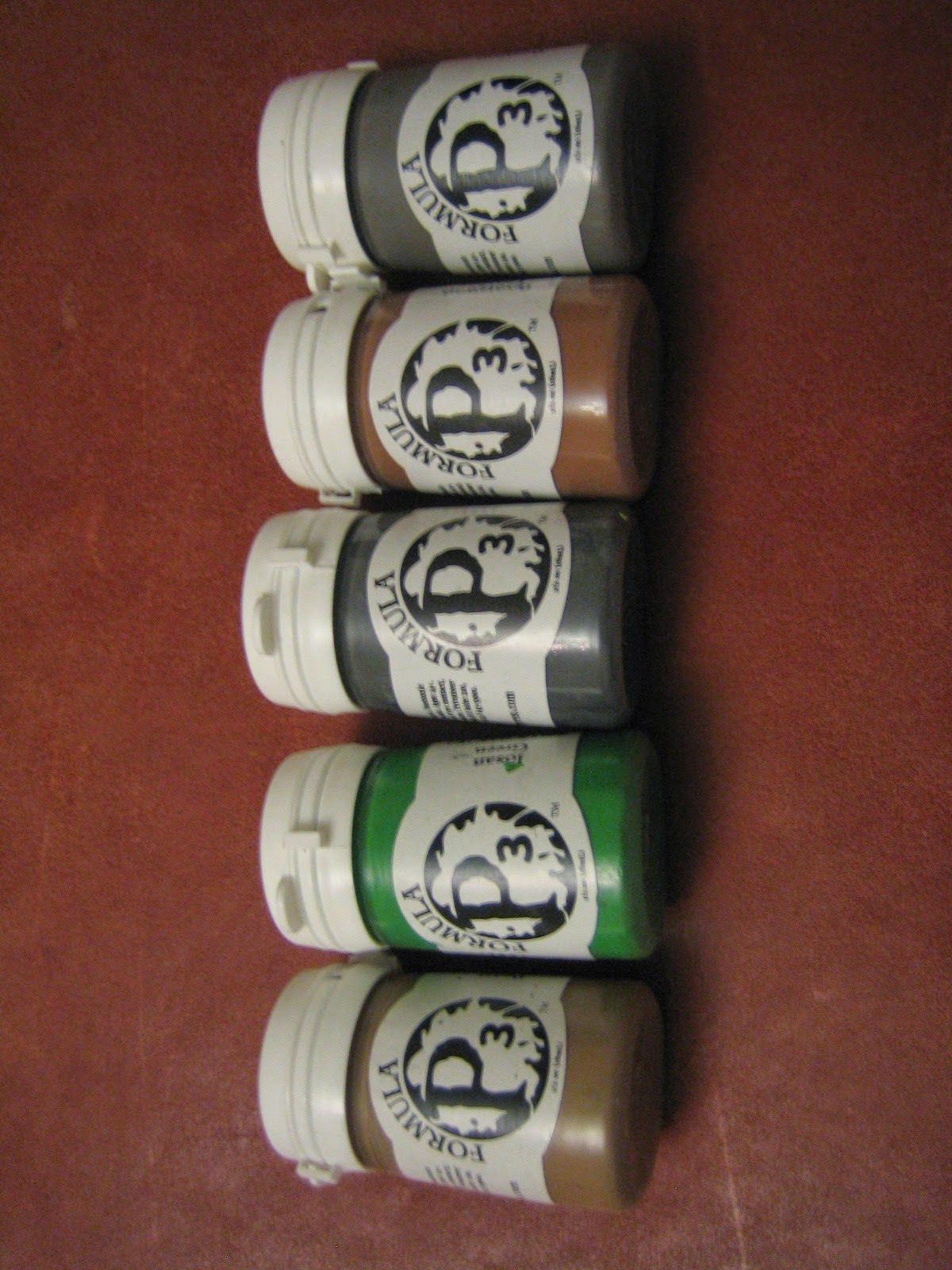 Surprisingly, I had to search quite a bit for paints. Not that there weren't plenty available, but the trend these days seems to be for them to come in those pots where you drip them out into a palette. Now, while that is fine in principle, I'm not a big mixer and just like to dip my brush into the pot itself and get on with things! I've not heard of this particular brand before, but needed some browns, greys and a green for my FIW project, so picked up a few. 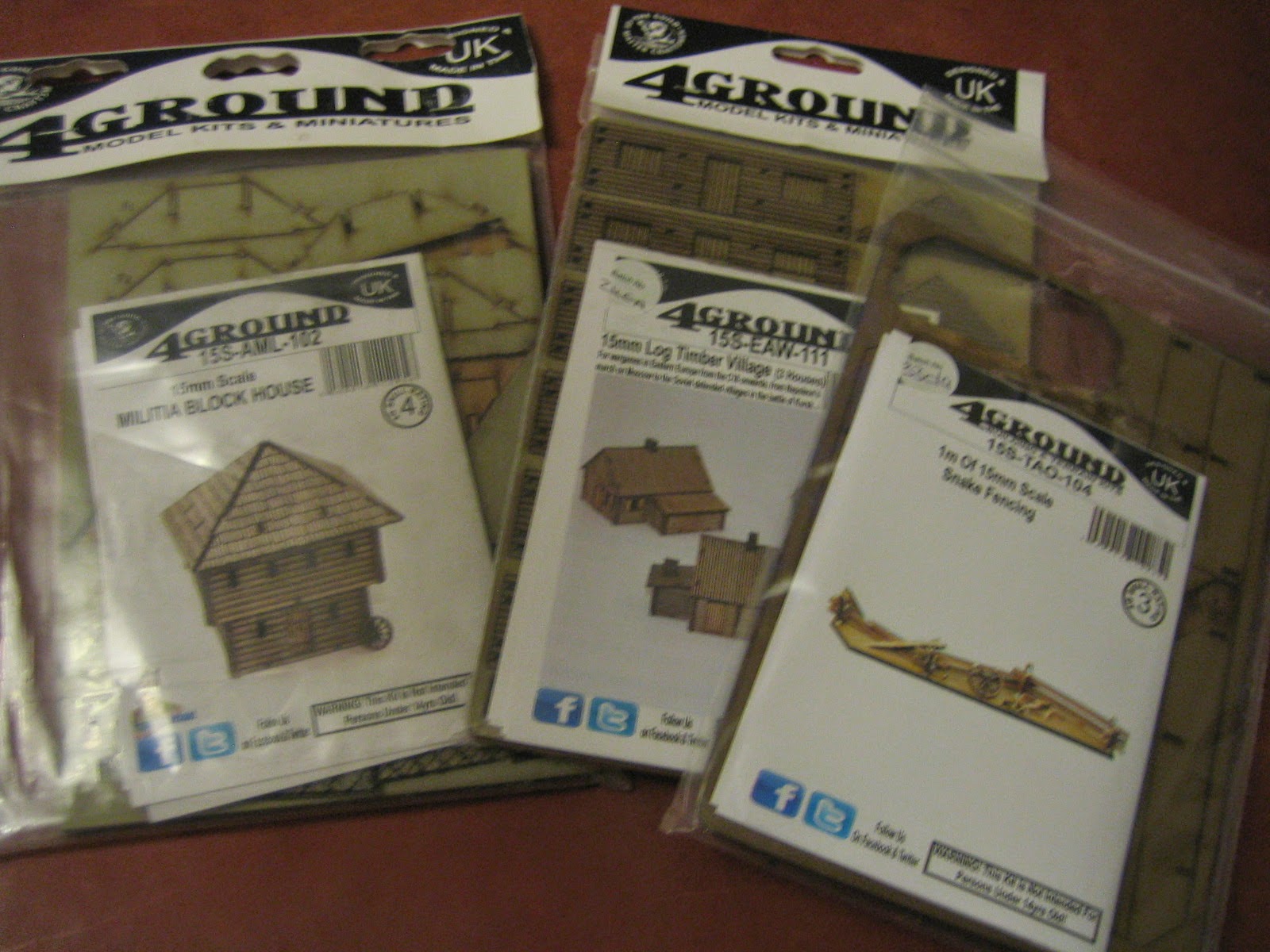 I've been resisting 4Ground for ages now, but finally succumbed! I took a look at their 15mm range and picked up a block house, some timber buildings and some snake fencing for my FIW project. Upon closer inspection, it appears the timber buildings are intended for Eastern Europe from 1700 onwards, so slightly the wrong continent... But as I don't see myself playing with anyone who will call me out on inaccurate wooden architecture I don't think I'm too bothered. I'm not enjoying the through of assembling the snake fencing, but the chap I bought the set from specifically mentioned they were good and told me they were easier to assemble than they appeared, so we shall see! 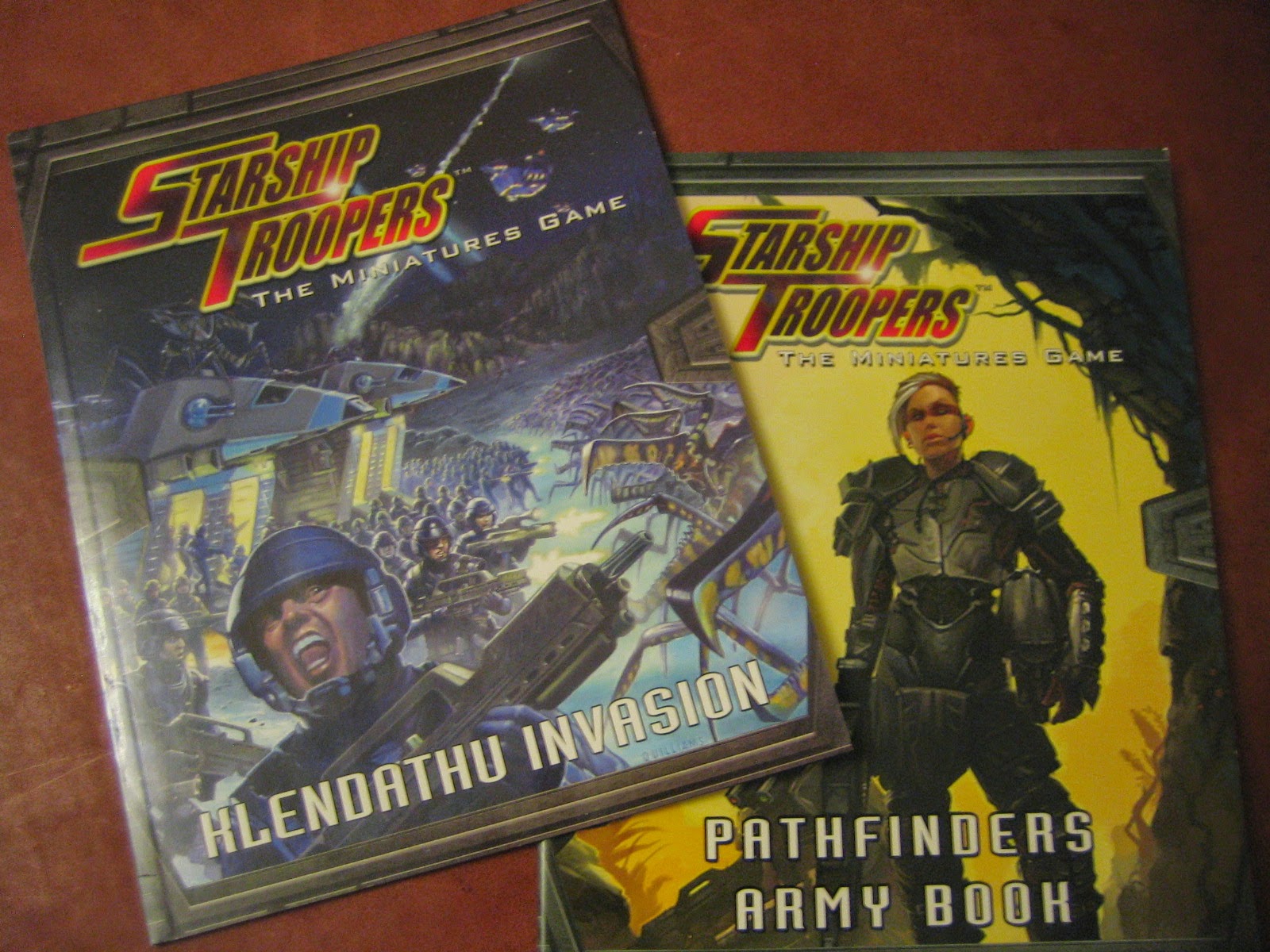 Finally, another fortuitous find. Though it has been a while (i.e. years) since I worked on my Starship Troopers project, I was chuffed to find the only two source books I am missing from my collection in a second hand book box, and in almost mint condition! Excellent!

So all in all a great show and a good haul!
Posted by Chris at 17:02 No comments:

I'm trying to make the most of my time at the moment, so when I start to plan my Christmas gaming activity I have to get started right away!

I've drafted the scenario I'm going to use and have decided it to make it available for anyone who is interested. Here is the link.

The setting is Colonial America, just before the FIW. There are rumours of werewolves in the woods and you need to lead your group of settlers through 3 linked scenarios, starting with an initial investigation and moving to a defence of your home, before ending with a final showdown against the head werewolf.

The scenarios have been written for use with the "Long Rifle" rules by Two Hour Wargames.

Next in the process is painting some settlers and Indians while waiting for the werewolves to arrive!
Posted by Chris at 20:17 2 comments:

Well, here we are at the end of Zomtober.  Technically it ended the weekend before last, but I got a little delayed in finishing up and posting on my blog.

I'm quite happy with my output this week, moreso than the previous one. First up are 4 SWAT team members. Easy to paint these, just a black coat, dark grey dry brushing and the hands and faces. Job done as far as I'm concerned! 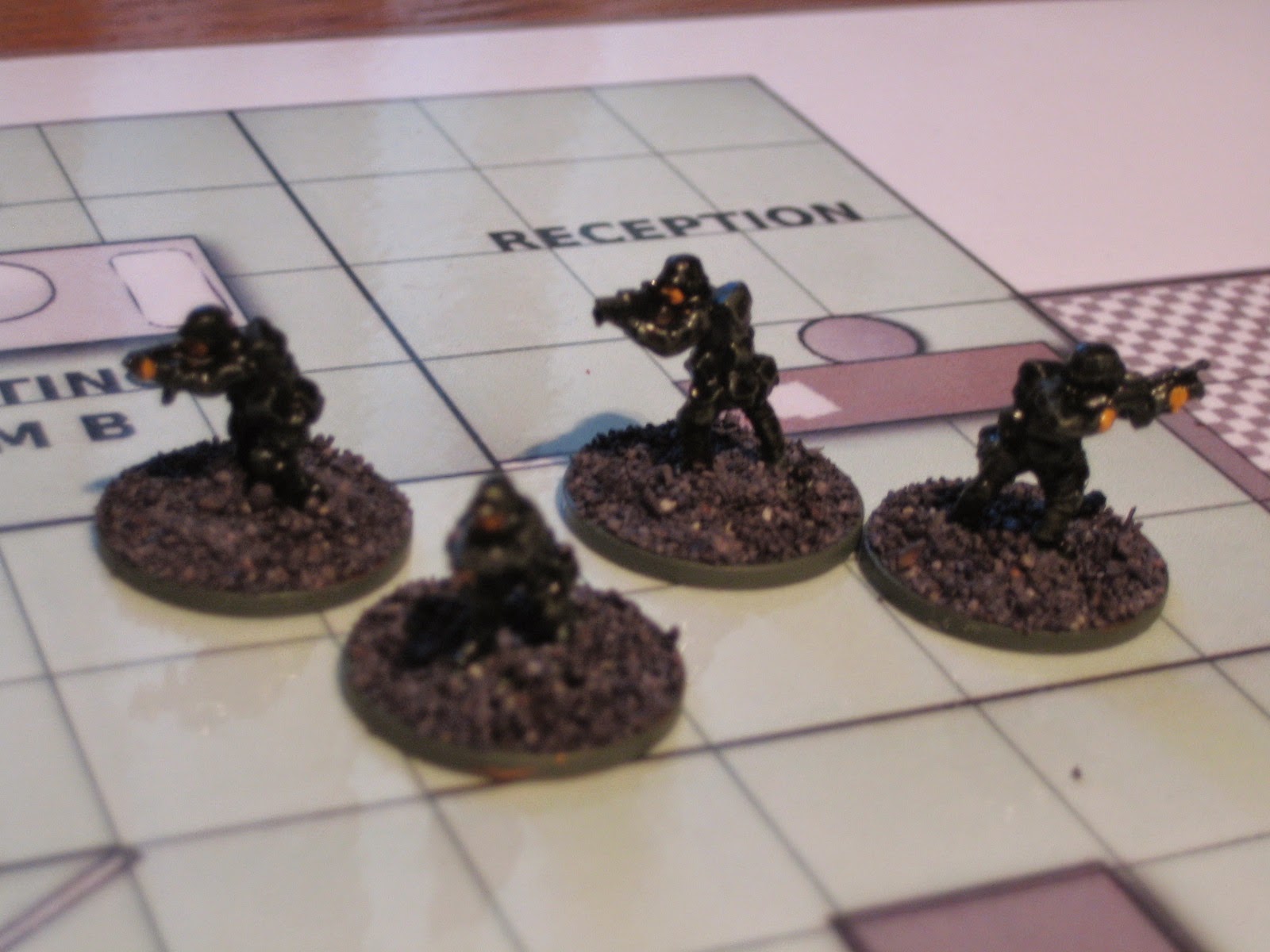 Second up are the figures I'm most happy with as part of this process. 4 firemen! These will make a fun change from the usual survivors used in zombie games. In fact they have specific firefighting scenarios in Hospital 911. 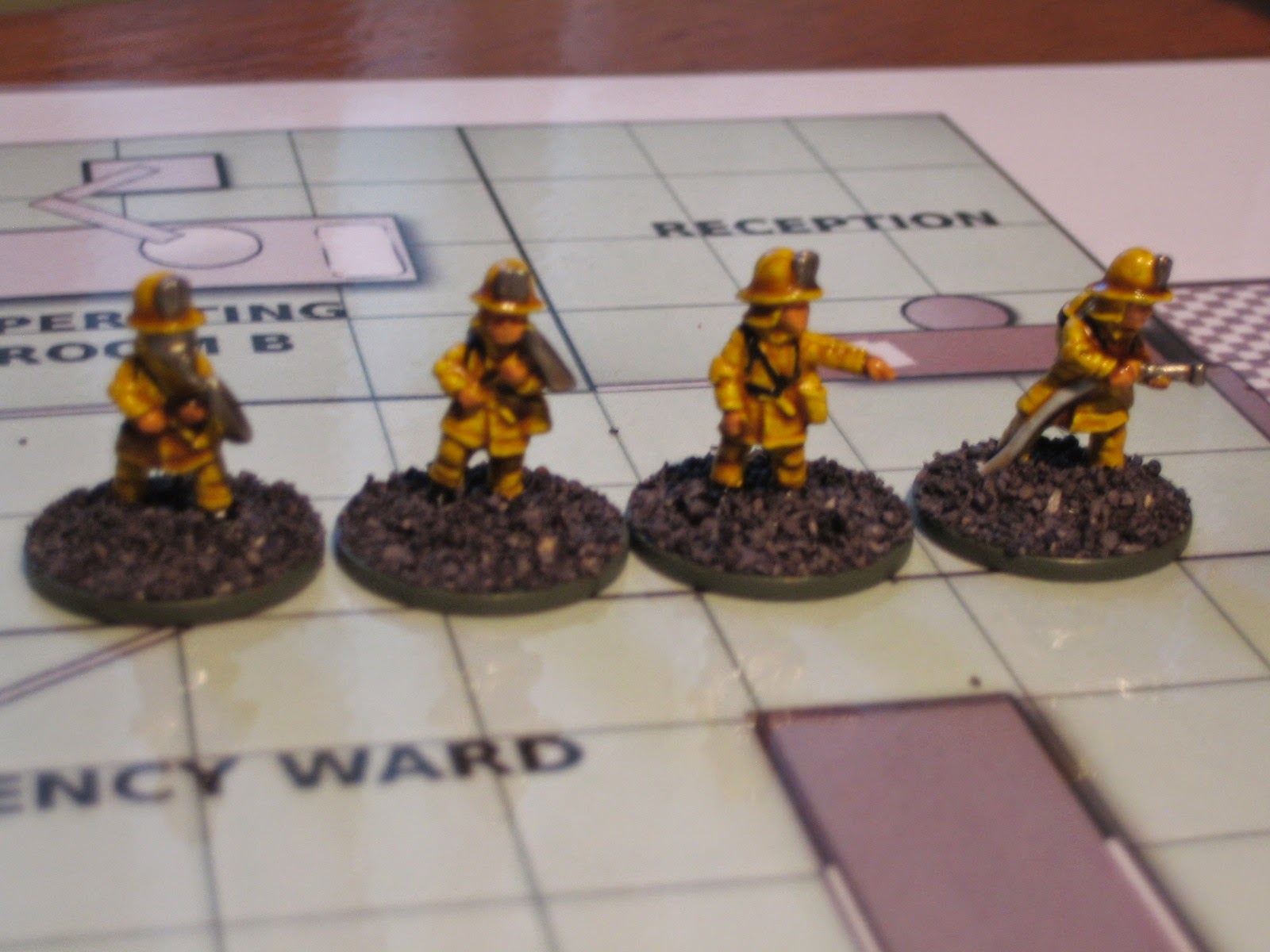 I managed to undercoat two reporters, but didn't get to finish them in time. Still, I think Zomtober has been a success and I have added a lot of good stuff to my collection for zombie games.

Here is my updated spreadsheet for the week.


I have removed a few entries which it turns out I already had painted or didn't need. I also removed the 'extras' section as that was just a bonus if I had time. So all in all I think I have done well this month, with only one entry having a  'No' by it at the end of the process.

So what's next? Well, I think it is time to take a break from the painting. I'm working on a Podracing variant for Machinas and am wanting to try out the new dungeon crawl rules from THW. On top of this I have obviously got more zombie games to play.

Finally Christmas is fast approaching so I need to plan my game for that. But it is all in hand! An order with Rebel Minis has been placed for some figures I've long wanted. That will be combined with some existing rules I have to play a historically themed horror game. Let's just say for now that there are things far worse than the Indians lurking in the woods of Colonial America...

So lots to plan and think about and plenty to fuel blog posts for the rest of the year!
Posted by Chris at 20:59 No comments: